Raleigh, N.C. — Animal control caught the venomous zebra cobra on Wednesday night after it was spotted on a porch in a north Raleigh neighborhood.

Earlier in the day, WRAL's cameras captured a striped snake crawling out of the siding of a house on Sandringham Drive, onto the front porch of a home. Its hood was visible as it lifted its head to look around.

Animal Control officers moved camera crews back after confirming it was the snake, before they moved in to attempt to capture it.

The cobra was seen on the porch of the same house as it was first spotted earlier this week -- the home of the man who called 911 to report the snake.

Police and animal control officers could be seen gathering; some were holding snake-capture gear and wearing face shields.

Joan Nelson lives in the neighborhood and says she's relieved the ordeal is over.

“I’m really, really happy and I feel much safer," she said. "I feel like I can now go outside, and go on my deck and walk. I do feel kind of bad for the snake though.” 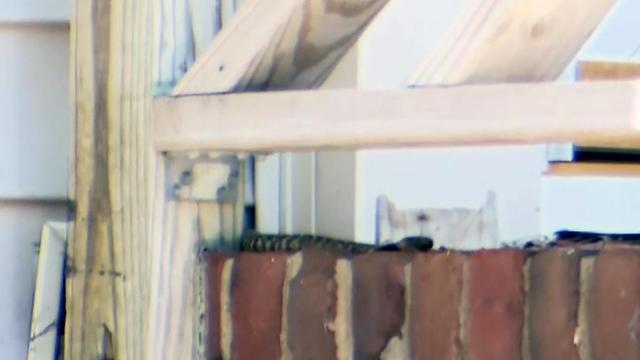 The venomous snake can spit multiple feet, making even a morning dog walk a scary task.

The zebra cobra was first reported as seen on Sandringham Drive in northwest Raleigh, according to a warning issued by police Tuesday at 1:30 a.m.

Overnight Tuesday, it was reportedly spotted again, but officials were not able to find or capture it. 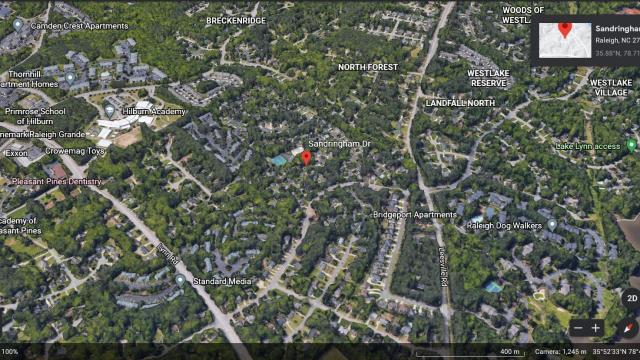 On Tuesday afternoon,police searched a home on 6917 Chamonix Place, near the street where the cobra was last spotted.

County records show that Keith and Rebecca Gifford live at that address. A Facebook account associated with Keith Gifford’s name shows several photos of snakes that he says are owned by his son, Christopher.

Christopher Gifford has more than 460,000 followers on his TikTok account. On one of his posts, he claims he has a zebra cobra that is 7 feet long.

Gifford’s Facebook page is linked to other social media accounts with videos of exotic snakes, including pictures of a zebra cobra. One of those accounts posted a photo less than 24 hours ago of a zebra cobra.

Videos on his account show him handling at least a dozen other kinds of snakes – many of which are venomous. One video shows a cobra loose in a grassy yard.

Another video shows Gifford with a cobra outdoors while he discusses names.

Gifford has posted photos of other snakes including a green mamba, another type of relatively rare venomous snake. Gifford posted on Facebook that he was bit by his mamba and rushed to the emergency room in March.

He also said in the Facebook post that animal control came by his property, and found that it met state codes for housing venomous snakes.

Local animal control is concerned the cobra could spit in the eyes of its attacker if cornered. According to the African Snakebite Institute, the snake is very dangerous. The venom could cause a victim's nervous system to shut down.

On Reddit, a resident shared a copy of what they said was an HOA letter from the neighborhood. In the letter, residents are encouraged to:

Local hospitals do have access to an anti-venom index in case someone is struck by the cobra's deadly poison.

The snake can spit venom from as far away as 9 feet. Spitting is their primary form of defense. It's shy, and will only defend itself if it's stressed. Officials warn that the cobra could be in a stressful environment out in the wild. If hit by the cobra's poison, someone would feel immediate pain, swelling, irritation, vomiting and diarrhea. A heavy fever and breathing problems would follow, which could lead to respiratory failure.

Salina Locke, a veterinarian, treats all kinds of pets at the Avian and Exotic Animal Care.

"This species of cobra doesn't typically bite. They're more likely to spray their venom ... they are very accurate and go straight for the eyes," she said.

Locke said she does not recommend this snake as a pet, due to the risks.

The majority of bites occur when people are sleeping. People who are bit could suffer health issues for years, research shows.

The dangerous reptile has a black throat and hood. Its body, which is about four feet long, has black, brown and white stripes. It's mostly nocturnal, the institute says, and is often found on tarred roads after rain.

Residents of the community said they had no idea a venomous snake had been living in their neighborhood, and they're concerned – especially for their pets and children.

"It is pretty alarming. It seems like a pretty dangerous snake, and dogs like to sniff in the grass and check things out," said Mark Pavlic, who lives in the Brittany Woods neighborhood. "It's an extreme worry."

Neighbors said they were avoiding going in their yards and the pool.

The snake was originally reported in a 911 call from a neighbor, who said they had gotten a photo and video of it.

Snake bites kill more than 81,000 people worldwide each year, according to the World Health Organization. Most of those deaths occur in Africa, Asia and Latin America.

WRAL reached out to the Gifford family and has not heard back. 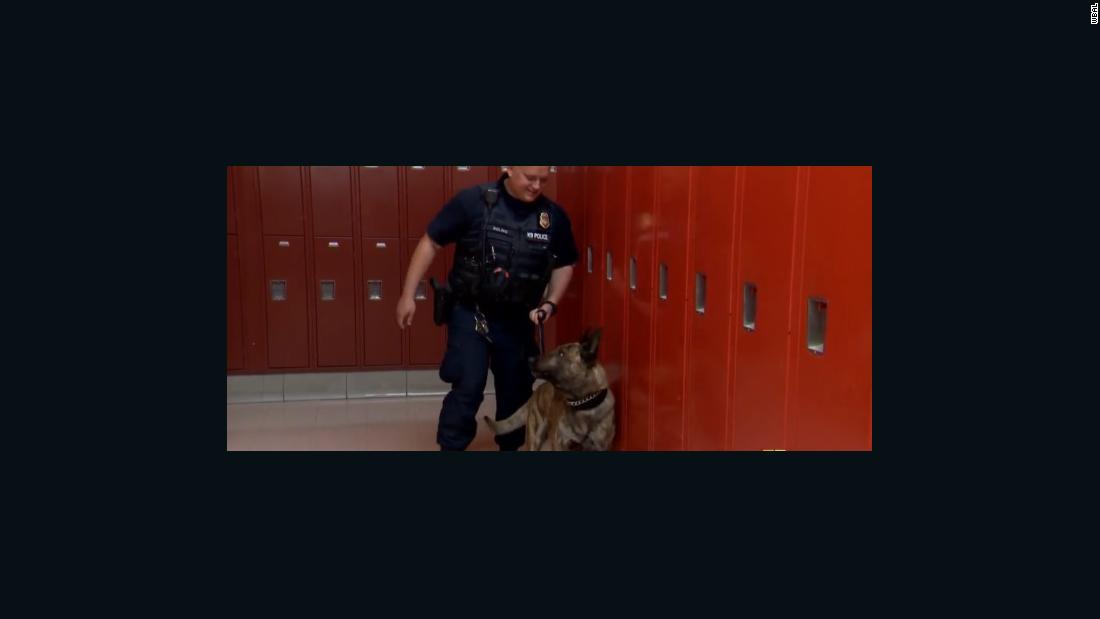 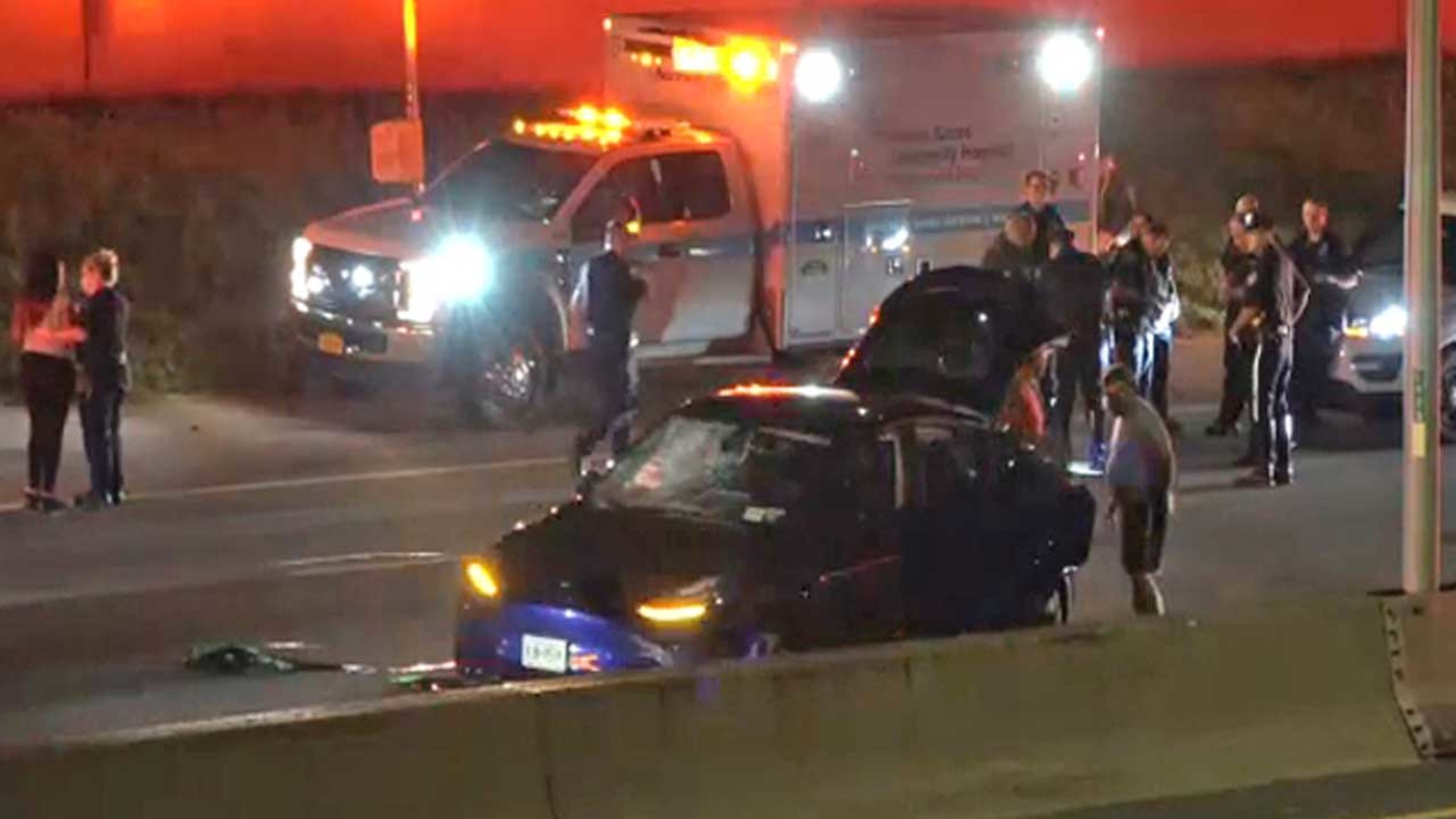 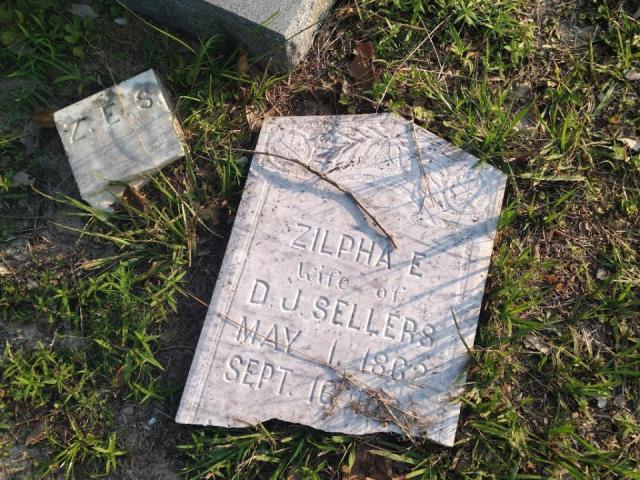