(CNN)Carl Nassib's coming out was casual, matter-of-fact and, evidenced by the ebullient smile he wore throughout the video in which he disclosed his sexuality, a release he'd long waited for.

The laid-back nature of his announcement belies how exceedingly rare it was for Nassib to come out at all.

The Las Vegas Raiders defensive end is now just one of two openly gay active players in the history of the four biggest North American sports leagues (the National Football League, National Basketball Association, Major League Baseball and the National Hockey League). He joins Jason Collins, an NBA veteran who came out in 2013 and retired after the following season.

Those leagues have, combined, had nearly four centuries between them and tens of thousands of players. And of all the men who've ever swung a bat, smacked a puck, dodged a tackler or sunk a basket, only a handful have ever come out, typically after they've retired.

It's not that gay men aren't playing professional sports, experts say. But narrow perceptions of male athletes and what it means to be masculine still dominate men's and boys' sports, which likely keeps them from coming out.

Nassib is a 6-foot-7 defender with quick feet who competes in one of the world's most aggressive sports. He's also an amateur financial literacy instructor who loves Taylor Swift. There's no precedent for what he's done -- coming out while he's still in the NFL -- and he's laying the path for players behind him to follow.

The swell of support so far for Nassib might just cause the professional sports world to examine its culture more closely, said Wade Davis, a retired player who trained with some NFL teams during preseasons before coming out in retirement.

"I think that we have to get to a space where athletes, where men in general and where parents, mentors, teachers ... start to stretch and force and crack the idea of masculinity open," Davis told CNN. "Sports leagues have an opportunity and a responsibility to continue to widen our definitions of manhood, knowing that the more that they create spaces for people to be more themselves, the better player they'll actually be."

The reason why there aren't more Carl Nassibs isn't entirely the fault of professional sports -- the problems begin on youth teams, said Erik Denison, a behavioral scientist and lead researcher on the Sport Inclusion Project at Monash University in Australia.

Homophobic language is still a regular feature of playing on a boys' sports team in the US and abroad, Denison's research shows -- one of his studies found that more than half of the ice hockey and rugby players he interviewed said they'd used slurs. Regular exposure to slurs or stereotypes eventually reinforces among players that their success as an athlete is tied to an idea of masculinity that excludes gay men, he said.

Denison described what he calls a "cycle of exclusion" that begins when a boy hears coaches or older players use homophobic language and observes a "positive response" to that behavior -- maybe they laugh at each other, or the coach doesn't challenge them, he said.

That sends the message that homophobic language is harmless and OK to use -- and cements the assumption that all members of the team are heterosexual.

Gay players on those teams may also use the language as a shield to hide their sexuality and conform with their team, Denison said. In many cases, though, gay players will just drop out of the sport. And when the language goes unchecked, the cycle continues -- all the way up to professional leagues.

"To solve this problem, it needs to start with the coaches, in particular, challenging language and, most importantly, not using that language or behavior themselves," Denison said. "We often find that male coaches continue to use homophobic language and teach conformity to this tough masculine athlete identity that doesn't really exist," he said.

Davis, who spent some preseasons with NFL teams like the Tennessee Titans and Seattle Seahawks until an injury forced him to retire, came out nine years after he left the game -- largely because he didn't want to alienate his teammates.

"It wasn't the NFL, it wasn't college, it wasn't high school that caused me to hide my sexual orientation," he told CNN. "It was what I learned as a young kid."

As a child, before Davis understood what it meant to be LGBTQ, he was already absorbing the norms being set around him during practice -- that "being gay in those walls was unsafe, that [he] would be in danger."

In high school, he tried to "comport his boyishness" in such a way so that his teammates wouldn't consider him effeminate. And by the time he was in an NFL locker room, he said he didn't hear homophobic slurs being used, but sexist ones.

"What sports are, in a lot of ways, is an opportunity to display dominance," he said. "So you have one individual who is trying to display dominance over another individual, which, at its core, is sexism and patriarchy over women. Insert someone who's gay ... and you definitely want to have dominion over this gay person, and you actually don't want them in your space."

Qualities in players necessary for success in football -- dominance, aggression and, occasionally, violence -- are often associated with homophobia and sexism, too. So whether or not a male athlete actually holds sexist or homophobic views, features of both are often baked into his sport.

But that's been the dominant sports culture for decades. Things haven't changed because the focus on masculinity isn't seen as harmful if it earns teams some wins, Denison said.

"These problems are viewed as quite marginal problems, ones that don't need to be addressed," Denison said.

The few professional male athletes who came out before Nassib can't set much of an example for the NFL player to follow -- their careers ended shortly after their announcements.

Collins came out at the tail end of his NBA career. He became the first openly gay player in an NBA game when he was signed to a 10-game contract with the Brooklyn Nets in February 2014. He played the rest of the season -- about two months -- and retired soon after.

Michael Sam, the SEC Defensive Player of the Year, came out in 2014 ahead of the NFL draft and kissed his boyfriend on national TV when the St. Louis Rams selected him in the seventh round. But he ultimately never played a game with them.

Almost 50 years earlier, there was Glenn Burke, a budding Los Angeles Dodgers star whose career was cut short by homophobia in the 1970s, argues Andrew Maraniss, an author and special projects coordinator with Vanderbilt University Athletics, in his book on Burke.

In "Singled Out," Maraniss details the brief MLB career of Burke, a charismatic teammate who never hid his sexuality from his friends. When his coaches found out he was gay and offered him a sizable sum to marry a woman, he refused. The next season, Burke was traded to the Oakland A's, where a coach called him a homophobic slur and said he would "contaminate" the team, Maraniss wrote.

"It was considered a very 'straitlaced,' quote unquote 'all-American' approach to the team," Maraniss told CNN. "And Glenn just didn't fit that."

Burke was eventually sent down to the minors and retired in relative obscurity, coming out only years after his MLB career ended. But it wasn't his lack of talent that sunk him, Maraniss said.

"He was a phenomenal athlete at the time when majority of straight sports fans in the country assumed that there's no way there could even be a gay player in the game, let alone the most popular player on his team," Maraniss said. "I think that Glenn, while he was in the closet and after he came out, was refuting stereotypes."

After Burke came out privately to his teammates, -- who, by Maraniss' account, largely supported him -- he was traded, sent down and forgotten. When Nassib came out, jerseys with his name on it became bestsellers, and his team and coach, Jon Gruden, backed him.

"The idea that it would be seen as 'bad for business' [to come out] is completely not the case," Maraniss said. "That's one of the lies that has been perpetuated -- that this would be a PR hurdle for a team to overcome rather than an opportunity to engage with fans in a positive way, and to use the team's platform to advance equality."

Still, stories like Burke's can be seen as cautionary tales by current professional athletes, said Billy Bean, the MLB's vice president & special assistant to the commissioner, in an interview for Maraniss' book. Bean, who came out after he retired in 1999, told the author that for some players, waiting to come out until after they left the game was akin to a shrewd business decision.

"The desire to be a part of something bigger than yourself, the uncertainty of how you would be accepted, and the short time with an incredibly high ceiling of opportunity to realize your dreams and take care of yourself weigh into the decision now more than ever," he told Maraniss in his book.

In other words, for some players, it's worth holding off on publicly coming out for a few more years if it means they'll have a better shot at going pro. In a way, Bean said, sexuality is a "distraction" that pro athletes have learned to ignore.

Closeted athletes will closely watch what happens next

Whether more players feel comfortable coming out depends on what happens next with Nassib, Maraniss said. Will players on opposing teams ridicule him? Will his Raiders teammates defend him? Will coaches have the backbone to speak out against homophobia when they see it?

"Other athletes will be watching closely to see if they deem it worth it for themselves to come out, too," Maraniss said. "There's obviously strength in numbers, and we might see other players decide to do it now, like he has."

Denison said that progress must start at the youth level by curbing the use of gay slurs by coaches and players and deemphasizing a narrow definition of masculinity.

Some professional leagues are doing their part already: Davis was a consultant on LGBTQ issues for the NFL for years, and said he had fruitful conversations with players interested in learning more (or unlearning what they'd known).

Davis said that the more comfortable players feel to be themselves -- in the locker room, during a game and when interacting with fans -- the stronger they'll be in the sport they love, no matter their sexuality. 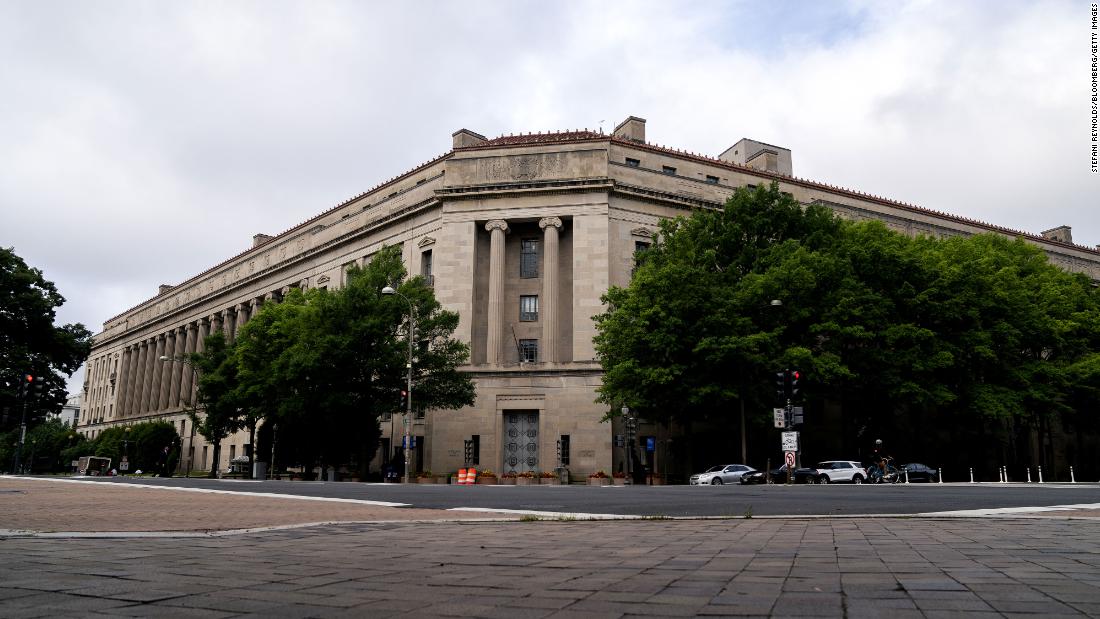 DOJ says it will not investigate Covid-19 nursing home death... 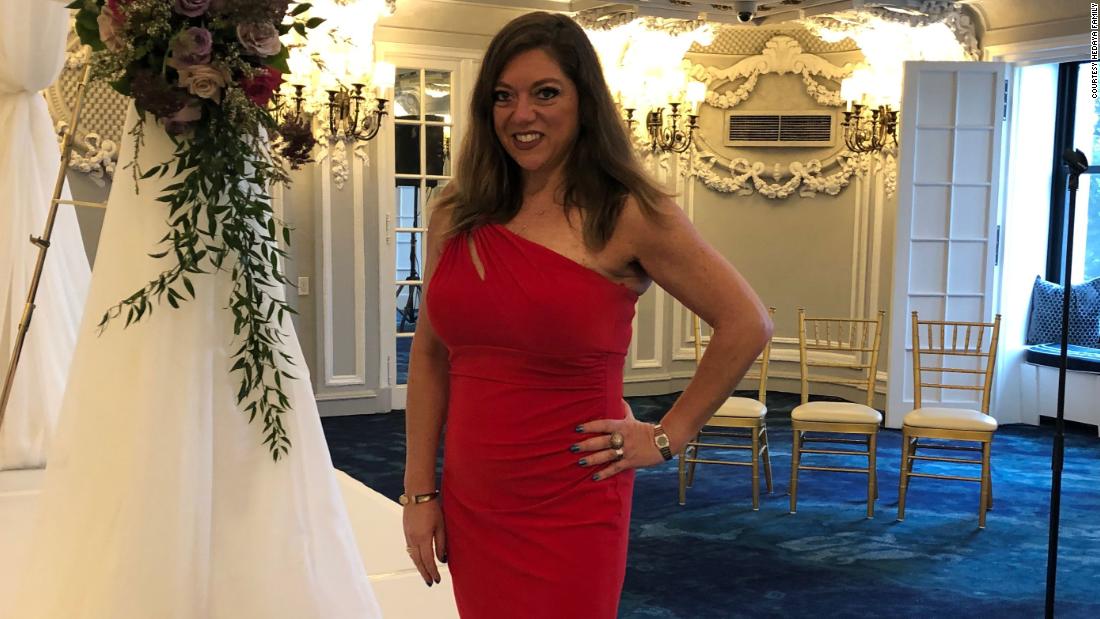 The agonizing wait for the family of the presumed last missi...

Minneapolis voters will decide whether to replace the police...