Limited series stand out, while 'The Mandalorian' and 'WandaVision' add populist sizzle to Emmy nominations

(CNN)While the Emmys have traditionally seen outstanding drama and comedy as its top prizes, the changing nature of television has made the creative standout of this year's nominations a relatively new category: The limited series.

Arguably, nothing better exemplifies the breadth of TV content than the limited-series nominations unveiled Tuesday, which among other things will pit Mare of Easttown against Aretha of Motown, with the Scarlet Witch for good measure.

The Academy of Television Arts and Sciences recognized eight nominees each in the best drama and comedy balloting, which at least allowed the broadcast networks to achieve a few breakthroughs ("This is Us," "Black-ish") in what's otherwise a streaming-heavy field.

The evolving nature of TV comedy, meanwhile, encompassed shows that will surely add sizzle to this year's awards while not quite feeling like perfect fits within the genre, among them "The Karate Kid" revival "Cobra Kai" and comedic thriller "The Flight Attendant."

Nothing quite captures the extraordinary work accomplished in the last year, however, than the limited series (once the "miniseries," but no more), which highlights the ability to tell a novelized and complete story over multiple episodes.

The contenders include a dazzling showcase for Kate Winslet in the crime thriller "Mare of Easttown," Michaela Coel's breakthrough rape story "I May Destroy You," the superhero love story "WandaVision," the chess-themed "Queen's Gambit" (with its star-making turn by Anya Taylor-Joy) and director Barry Jenkins' sweeping alternate-history adaptation of "The Underground Railroad."

The acting nominations within the category also include Cynthia Erivo as Aretha Franklin in "Genius: Aretha" and Hugh Grant for HBO's "The Undoing," both projects that easily could have been included in the series competition in a less-packed year.

Moreover, best-drama nominee "Lovecraft Country" arguably would have belonged in the limited-series categories had the decision not to produce a second season of the HBO show, as Deadline reported, been made sooner. It, too, told what felt like a self-contained story, although fans and the producers had held out hope for a return engagement. (HBO and CNN are both part of WarnerMedia.)

Beyond what feels like a breakthrough year for limited series in terms of their status within the TV ecosystem, a few key questions linger in regard to what this year's nominations might mean for the Emmys, and indeed, the awards industry more broadly. Here are three more to consider:

Will the nominations bring viewers back? Last year's Emmys turned out to be the canary in the coalmine for a dismal, dizzying drop in award-show ratings. The extent to which that's related to the pandemic remains to be seen, but unlike the Academy Awards, Emmy voters seem to have gone out of their way to provide click-friendly titles for this year's competition, including the superhero satire "The Boys," the buzzed-about "Bridgerton" and ample love for Disney+'s "WandaVision" and "The Mandalorian."

That might not be enough to lure back people who have drifted away from award shows, but it certainly offers a something-for-every-taste approach to the nominations, while striking a more populist chord.

Can sci-fi/fantasy/superheroes really fly? Considering the movie industry's grudging resistance to nominating blockbusters, the inclusion of the Marvel and "Star Wars" franchises, as well as other similarly tinged fare, feels like a nod to an audience that has flocked to those programs.

While it's an honor just to be nominated, if history is any guide such shows can get an invite to the party but seldom leave with any hardware. Could something like "WandaVision," with its unorthodox approach to storytelling, change that? Given the loaded competition that it faces, that level of magic seems unlikely, but we'll see.

Will sentiment help final-season nominees? Television says goodbye to a number of shows every year, and this year's Emmy lineup includes several significant ones, including Conan O'Brien's program after nearly three decades in latenight, the groundbreaking FX drama "Pose," Allison Janney in the sitcom "Mom" and another series from producer Chuck Lorre, "The Kominsky Method."

Two other nominees, "Black-ish" and "This is Us," will each air their finales in 2022, so put a pin in that, theoretically, for next year. 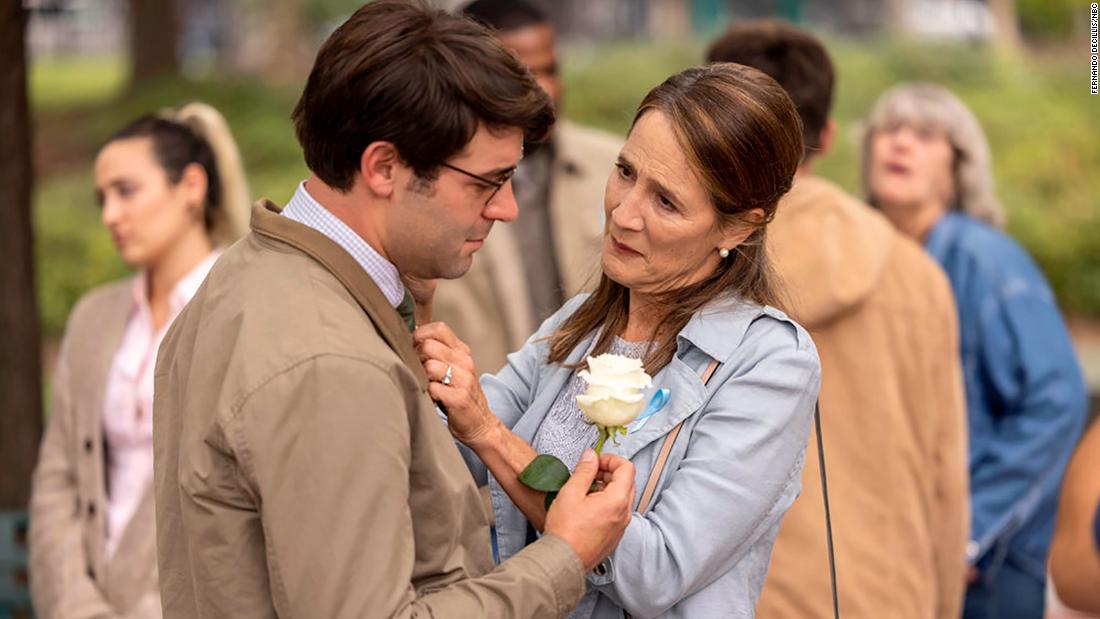