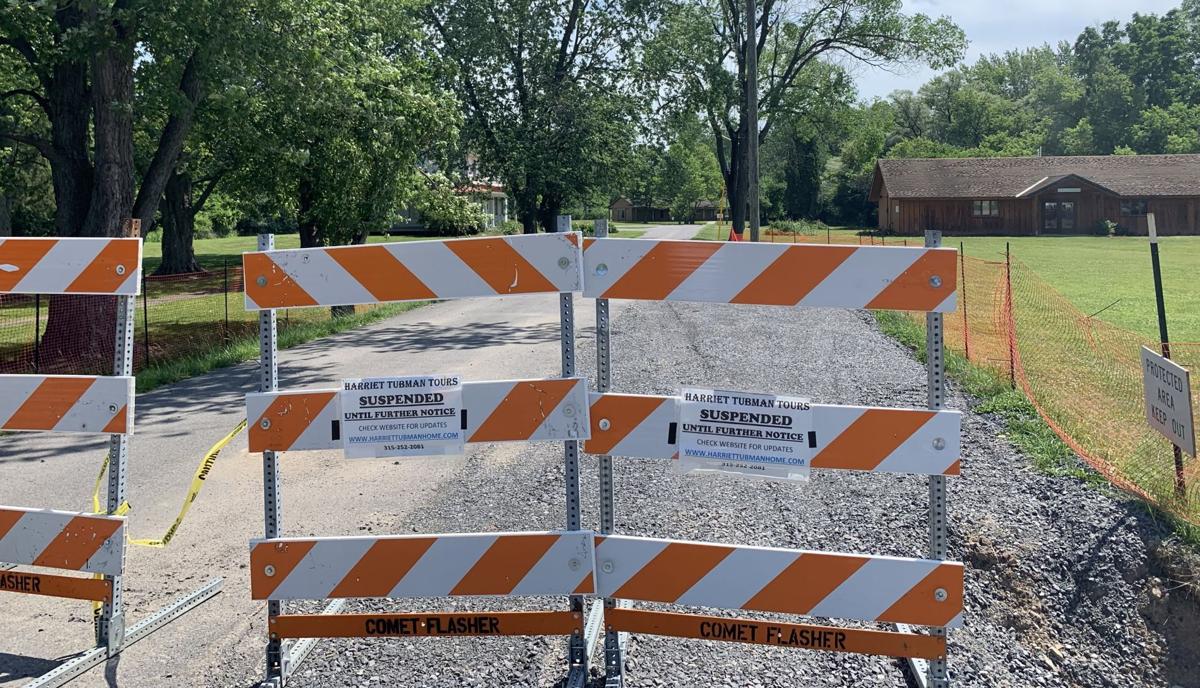 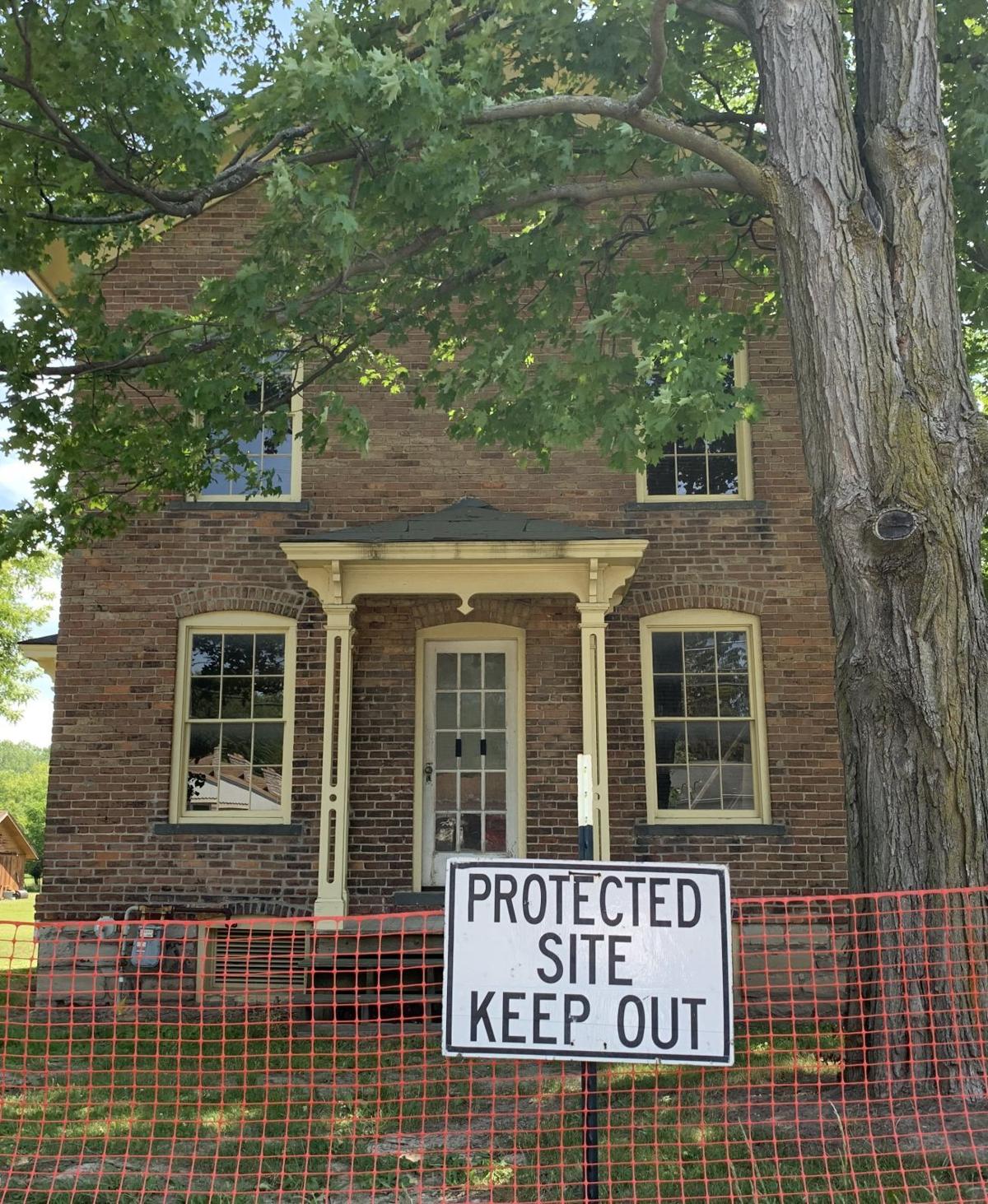 A fence and sign are posted in front of Harriet Tubman's former brick residence that's part of the national historical park in Auburn. The reconstruction of Route 34 is preventing visitors from accessing the historic sites.

AUBURN — The driveway is blocked and signs are posted to alert visitors that tours are suspended.

Karen Hill, president and CEO of the Harriet Tubman Home, told The Citizen Monday that the plan is to reopen the site in mid-July.

"I just want to make sure it's a safe situation for visitors because of the construction," Hill said. "The No. 1 priority is the safety of our visitors to come in and access the property."

The construction Hill referenced is the $7.2 million project happening along Route 34 that passes in front of the Tubman park. Crews will install new curbing, street lights and water infrastructure. Sidewalks will be extended and South Street will be constructed.

The chain-linked fence that lined the Tubman property has been removed. The gate that served as the entranceway to the park is also gone. There are barricades blocking the driveway. Attached to the barricades are signs with a message, "Harriet Tubman tours suspended until further notice." The signs direct visitors to the Harriet Tubman Home's website, harriettubmanhome.com, for more information.

Hill confirmed that COVID-19, not the ongoing road construction, is the main reason the property has been closed to the public. There were preliminary plans to reopen at the end of last summer, but it was unclear how the park would adopt protocols to operate amid the pandemic.

The main attraction for visitors is the Home for the Aged, which Tubman opened to care for elderly people. For years, tours have taken place inside the home.

If the park reopens this summer, it's possible that visitors will not be allowed in the Harriet Tubman Home. Hill said they haven't determined whether buildings — there is also a visitor center — will be open to the public.

There will be guided tours, she said, and photos will be displayed outside of the visitor center to show visitors the interior of the Home for the Aged.

There have been other Tubman-related developments since the movie's release. Shortly after President Joe Biden took office in January, he committed to putting the abolitionist's likeness on the $20 bill. In the past, these stories would generate more interest in Tubman and, as a result, would increase visitation at her former property in Auburn.

But that changed during COVID-19. The Tubman home and national park were forced to temporarily close. Sites that drew thousands of visitors during the summer months were quiet.

Now, with plans to reopen, Hill hopes people will visit the historic property.

"The landscape is amazing," she said. "We have a new tour that's been written to enhance the visitor experience. Definitely come."